It has been a long journey, since the new R/V Skagerak was ordered  by the University of Gothenburg back in 2013… But now she is ready! And SCOOT is glad to see her right outside of our space.

Overall, a berth at Nya Varvet in Gothenburg is the best alternative, as the quay can be easily adapted and there is proximity to university activities such as the SCOOT project and organisations such as MMT and SMHI.

Göran Hilmersson
Dean and head of the ship steering group

In an era of of robotics and accelerating automation of ocean observations, one might wonder if crewed research vessels really represent value for money? Sebastiaan Swart, director of SCOOT and head of the ship user group at University of Gothenburg, explains:

– Robots are great for going where ships cannot, like under a glacier, and for making long endurance missions. But research vessels are still indispensable. There are a multitude of ocean data collection that require a combination of advanced technology and human hands and eyes. For this we need vessels like the new Skagerak. In the future we will see ever more robots collecting ocean data, but we will not see fewer research vessels.

We are extremely happy to share that Cooper Van Vranken has been selected as an ‘Ocean Changemaker‘ at the World Ocean Initiative, arranged by The Economist Group. Cooper is the founder of the Berring Data Collective. This is indeed a game-changer in ocean observing: Using fishing vessels to bring in high quality data from ocean regions where data is most desperately needed, including around Greenland. Check it out, it is already live!

Cooper was invited speaker at our online conference Ocean Data for Ocean Health in September. Afterwards he joined us for the follow up breakfast webinar on alternative platforms for ocean sensors. Cooper collaborates closely with Patrick Gorringe who works EMODnet Physics and at the Swedish Meteorological and Hydrological Institute. Together they make data collected by fishing vessels available to all users, including ocean and climate researchers, operational forecasters and environmental monitoring agencies. Cooper and co-authors have published their work in Frontier in Marine Science.

In 2019 SCOOT’s flagrobot AUV Ran became first to conquer the depths under the ‘doomsday’ Thwaites Glacier. In 2020 Ran’s greatest achievement was the mapping of subsea landslides in the 2000 metres deep Kaikōura Canyon off New Zeeland (read news at NIWA and see their nice Ran pop video below!).

Now Ran is back in Sweden, and as always SCOOT makes her available for entrepreneurs, innovators and SMEs. First out is a group of SMEs during an intense mission week in early February on the Swedish west coast.

Let us know if you want to join the collaboration/testing/operations, already in February and in the planned June session. We are not looking for AUV experts only. We are looking for anyone with ideas for utilising or collecting ocean data!

Info about AUV Ran
I am interested in AUV Ran, I have an idea...

This is really AUV Ran doing her thing: Deep under, manoeuvring close to the bottom, using her vast sensor suit to scan the environment. This time it is for the benefit of researchers in New Zeeland, investigating the seabed of the 2000 metres deep Kaikōura Canyon. It was transformed by an earthquake in 2016; 850 million tonnes of sediment were displaced!

We expect Ran to be back in Sweden in January. Every once in a while she takes a rest behind SCOOT’s office/workshop at Nya Varvet in Gothenburg. Please contact us if you want use AUV Ran or if you just want to take look. We plan 10 operational SCOOT days for Ran in 2021.

At SCOOT we are enthusiastic about using robotics for collecting ocean data. The reason is simple: Sensors mounted on crewed platforms (ships) will never manage to increase the amount of data needed to observe and understand our oceans.

However, an uncrewed platform does not have to be a robot – it can also be an animal! SCOOT’s Louise Biddle and Sebastiaan Swart show in a recent research paper in Journal of Geophysical Research: Oceans what wonderful friends ocean scientists can have in elephant seals, even though these heavy beasts are not famed for their friendliness when approached…

Biddle & Swart investigate climate critical processes in the marginal ice zone around Antarctica, where the ice cover is advancing and retreating seasonally. This is a region where the lack of data is especially severe. Small sensors attached to elephant seals provided Biddle & Swart with ocean data down to 500 meter depth, including locations covered by floating sea ice. The data was retrieved by direct communication with the sensors over satellite.

For anyone feeling that the paper by Biddle & Swart is to heavy, The New York Times picked up this fascinating research in an article, doing a good job at explaining some of the scientific concepts.

We should point out that all scientific work with animals, not least mammals, is strictly regulated. The elephant seals are not harmed or effected negatively by the attached instruments.

SCOOT’s flagrobot AUV Ran is one busy two-tonne-piece of equipment. From the Southern Ocean to the Baltic Sea, and later this year off to New Zeeland. However, last month a window of availability opened… Startup company Marflow AB with founders Erik Nordborg and Glenn Hederot jumped on this opportunity.

“Marflow aims to investigate and map ocean currents with very high accuracy. Precise measurements of the oceanic conditions in both time and space are valuable to us but indeed difficult to achieve in reality. AUV Ran will however allow us to do just that, studying ocean currents along with numerous other parameters with a spatial coverage that we have not been able to do before.”

“Marflow are very excited and happy for this opportunity to try AUV Ran and to discover what we can actually achieve with a tool like this. Before launching, Anna Wåhlin helped us setting up a course for Ran to follow. It was really impressive seeing AUV Ran navigating so accurately along this predefined route in relatively confined waters –all the time logging valuable data.”

In March the Killer Shrimp Invasion Challenge was opened on Kaggle by Ocean Data Factory Sweden (coordinated by SCOOT): Use innovative machine learning (ML) solutions to predict the spread of the so-called “Killer Shrimp” (Dikerogammarus Villosus) into the Baltic Sea. The challenge is now closed , the referees have completed the evaluation and announced that the winner is…

Dimitriy, research engineer at IBRAE RAS in Moscow, Russia! Dimitriy nicked the winner’s place with a score of 0.99954 (out of a maximum possible 1) and by complying to all rules. Dimitry will be presenting his model in an open webinar on June 16th, see below:

Join us on June 16th for a Zoom discussion (Please register here):

The ROAM-MIZ (Robotic Observations And Modelling in the Marginal Ice Zone) project aims to capture high resolution observations of how the upper ocean near and under sea ice responds to sea ice growth or melt. The team, led by SCOOT’s director Sebastiaan Swart at the University of Gothenburg, deployed multiple platforms in, and at the edge of, the marginal ice zone in austral winter and spring 2019. Using the South African icebreaker, the SA Agulhas II, as a deployment platform, three profiling ocean gliders (Seagliders), a surface glider (Offshore Sensing Sailbuoy), multiple wave-recording surface floats (SWIFT buoys) and two ice-moored buoys were deployed between 56-60°S. Between the 10 platforms, over 370 days of data were collected from this remote and under-sampled region of the Southern Ocean, with the longest continuous time-series of over 130 days.

The challenges that the deployment team and platforms faced included rapid freezing up of sensors in temperatures that dropped to minus 20°C (before wind chill), rough seas and rapid movement of sea ice floes. With support from collaborators around the world including CSIR (South Africa), CalTech (USA) and University of East Anglia (UK), this project has demonstrated that autonomous instrumentation holds the capability to explore and monitor some of the most inaccessible oceans on Earth. Data is now being processed by the team based at the University of Gothenburg, with the “live data” viewable on roammiz.com and the first paper recently published in Geophysical Research Letters. Projects update can be followed on @PolarGliders .

Then this is the right challenge for you! The winner of this competition will be awarded a €150 prize, along with the opportunity to present their winning model at the next ODF Sweden Grand Meeting. The event will be in the beautiful city of Gothenburg in June 2020 (date tba).

About The Koster seafloor observatory

At the Koster seafloor observatory we want to know how climate change and human activities influence Sweden’s marine ecosystems.

For the last 20 years, we have used Remotely Operated Vehicles and cameras to monitor the Kosterhavets National Park (click images above for example videos!). A highly-diverse and unique marine reserve in the south of Sweden. Now, we need your help identifying the habitat, species, and presence of litter recorded in over 3,000 hours of underwater videos.

Your answers will allow us to filter out crucial information from the recordings and study how the fauna on the sea floor has changed in response to warmer waters, fishing activities, and changes in environmental protection.

Submerge yourself among large sponges, starfish, and cold-water corals to help us understand the health of the Koster’s sea floor and how we can better protect it. 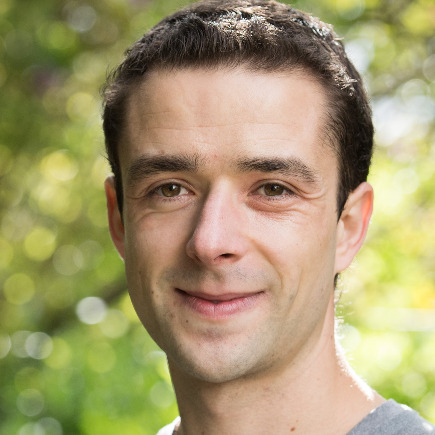 “We are excited to bring you a new way to dive into Sweden’s first marine national park. By classifying the underwater videos you will explore our unique marine biodiversity and enable us to better understand the health of Sweden’s marine ecosystems.”